The Rise of Bitcoin 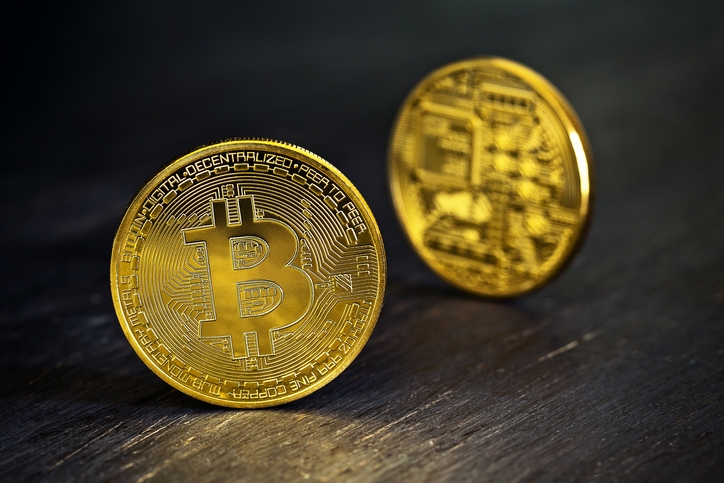 Is the virtual currency a fad, or the future?

Mention “bitcoin” to assorted economists or investors, and you may trigger all kinds of associations. To some, it signifies an exciting new reality – a digital currency with a payment system that could revolutionize finance. To others, it is still a volatile commodity – propped up by hype, fraught with risk. It also refers to an open source software system, and a financially startling concept – currency production through the Internet.

You can’t talk about bitcoin without talking about Bitcoin. Bitcoin with a capital “B” references the Bitcoin network that creates the digital currency; bitcoin with a lower-case “b” refers to the currency itself.

Where is bitcoin made? Online. All bitcoin is generated in cyberspace, and the process is interesting to say the least. The first step in making bitcoin is “mining,” and mining takes math skills. A bitcoin “miner” (a computer user) tries to solve one or more math problems, with success resulting in shares of bitcoin. The more miners there are, however, the smaller fractional bitcoin shares become as no more than 21 million bitcoins will ever be created.(1,2)

Once mined, a bitcoin can be sent to a miner’s digital “wallet.” (If the digital wallet is hacked, the bitcoin within it is forever lost.)  Today, more than 100,000 businesses and organizations worldwide accept bitcoin payments, including PayPal, Expedia, Microsoft, Dell, Wikipedia, and Greenpeace.(2,3)

Volatility & bitcoin go hand in hand. Since no central bank in the world issues bitcoin, it is only worth what investors are willing to pay for it. In the worst-case scenario, bitcoin plays out like the tulip bulb mania of the 1600s and investors eventually pay little or nothing for it. In the blue-sky scenario, bitcoin becomes a component of daily global commerce. The currency certainly seems to be growing from its infancy into a kind of adolescence.

Who created bitcoin? A mysterious person or entity going by the name of Satoshi Nakamoto. In the spring of 2016, an Australian entrepreneur named Craig Steven Wright announced that he was actually “Satoshi Nakamoto” – but his claim was met with some skepticism. In 2014, Newsweek profiled a Southern California retiree named Dorian Satoshi Nakamoto, claiming he was the father of Bitcoin – a claim Nakamoto emphatically repudiated. Other possibilities include an American cryptographer named Michael Clear and a respected American computer scientist named Nick Szabo, but they have also denied creating the currency and its network.(5)

For bitcoin to steal gold’s shine, it has to lose its dark side. If the preceding paragraph sounded like something out of a dystopian science fiction novel to you, you aren’t alone in your skepticism. There is much that is exciting about bitcoin and its potential to streamline global finance, but there are also big question marks. Some traders are leery of investing in a so-called “cryptocurrency,” which has the characteristics of a commodity. Also, the digitized anonymity of bitcoin transactions beckons to cybercriminals expert in hacking, phishing, and malware.

Where bitcoin has really taken off is China. In fact, 90% of bitcoin trading and 70% of bitcoin mining occurs there, even though China’s government has stated that bitcoin is not a legitimate currency. Bitcoin prices are up about 50% YTD in 2016, and they could fall just as dramatically through a variety of factors (hackers raiding exchanges, crackdowns in China, imitators stealing its thunder).(6)

Will bitcoin ever make the leap to the forex markets? Bitcoin doubters, such as JPMorgan Chase CEO Jamie Dimon, argue that a cryptocurrency has no place there. While its critics regard bitcoin as a speculative play for the long run, the total market value of bitcoin reached $11 billion this year with about $120 million in transactions proceeding through the Bitcoin network each day.(6)

This material was prepared by MarketingPro, Inc., and does not necessarily represent the views of the presenting party, nor their affiliates. This information has been derived from sources believed to be accurate. Please note - investing involves risk, and past performance is no guarantee of future results. The publisher is not engaged in rendering legal, accounting or other professional services. If assistance is needed, the reader is advised to engage the services of a competent professional. This information should not be construed as investment, tax or legal advice and may not be relied on for the purpose of avoiding any Federal tax penalty. This is neither a solicitation nor recommendation to purchase or sell any investment or insurance product or service, and should not be relied upon as such. All indices are unmanaged and are not illustrative of any particular investment.